CORBIN, Ky. — On a farm in southeastern Kentucky, inside a pristine greenhouse, you’ll find row after row of hemp, or « Cannabis sativa L.”

What You Need To Know

It has a high level of cannabidiol, or CBD, and a very low level of the compound tetrahydrocannabinol, or THC, this is the compound that makes people high.

David Jaggers is the director of cultivation for Buffalo Skull Ranch Greenhouse, which started operating in March of 2020.

« Kentucky law allows for hemp to be grown up to 0.3% THC, » he said. « After that, it’s considered marijuana and it gets destroyed. »

The Kentucky Department of Agriculture tests the hemp grown there, he said. 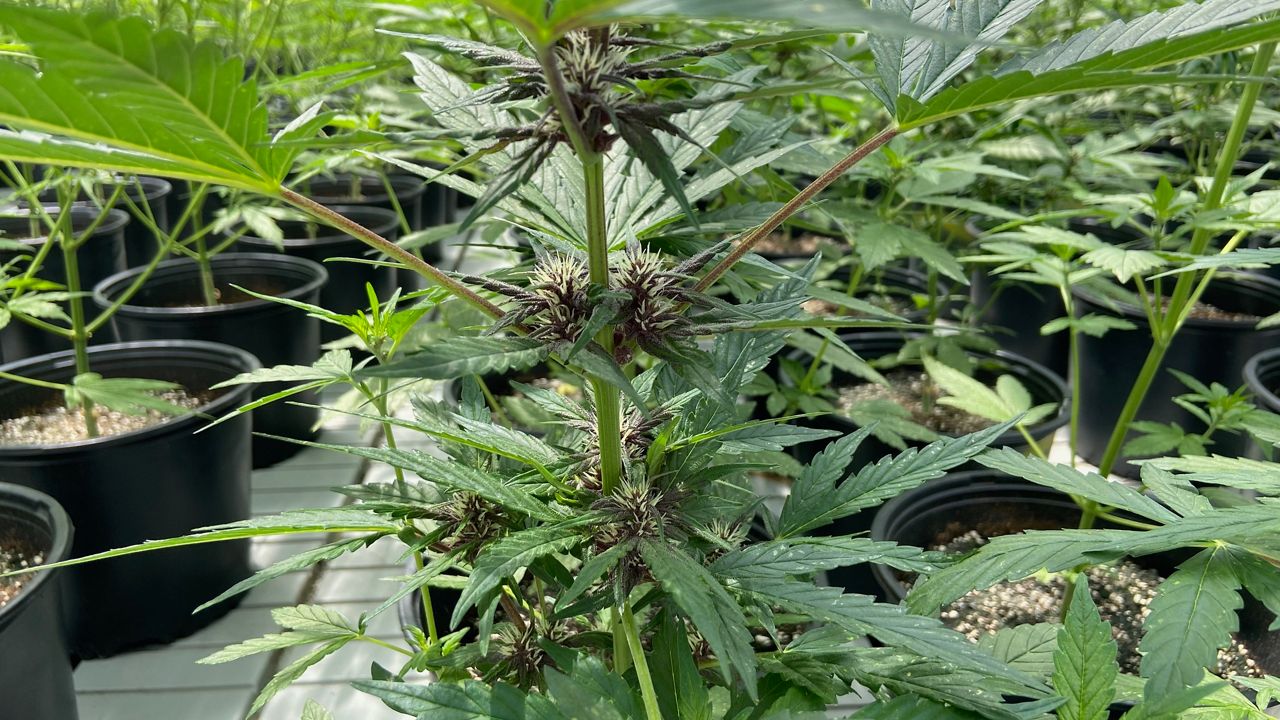 “This is our first round of seeds that we actually created, » he said. « The original breeder wasn’t able to keep up with us so we reached out to him to see if we could replicate it. »

Much of their product has to be sent outside Kentucky, where smoking hemp flower isn’t banned, according to Jaggers.

Buffalo Skull Ranch Greenhouse would bring in about five times that if Kentucky legalized marijuana, and until the law changes, the company is leaving money on the table, Jaggers said.

“If we were able to operate with our own storefront and be able to put this in there, we’d be able to get upward of $5000 a pound,” he said. « It would be fantastic, you know our revenue would go up. We would be able to expand. We’d be able to hire more local people to be able to grow more of this. »

Kentucky is also missing out on major tax revenue, he said.

Jaggers is supportive of a new “Cannabusiness” online certificate program kicking off this month from Sullivan University.

« We have seen quite an expansion in interest for Cannabusiness, » said Taylor Kemper, associate director of admissions for Sullivan University.

The university said it gets hundreds of inquiries a week, many from outside Kentucky, and more than 30 people are already enrolled in the program.

“It’s not the agricultural path, » Kemper said. « It is the business path, so it’s for people who want to become entrepreneurs or expand or grow an existing business in CBD, hemp and maybe focus more so on the sales and marketing, retail, wholesale, health and wellness. »

Meanwhile, Jaggers and others from the ranch have met with Rep. Rachel Roberts (D-Newport) to talk about the future of cannabis in Kentucky. 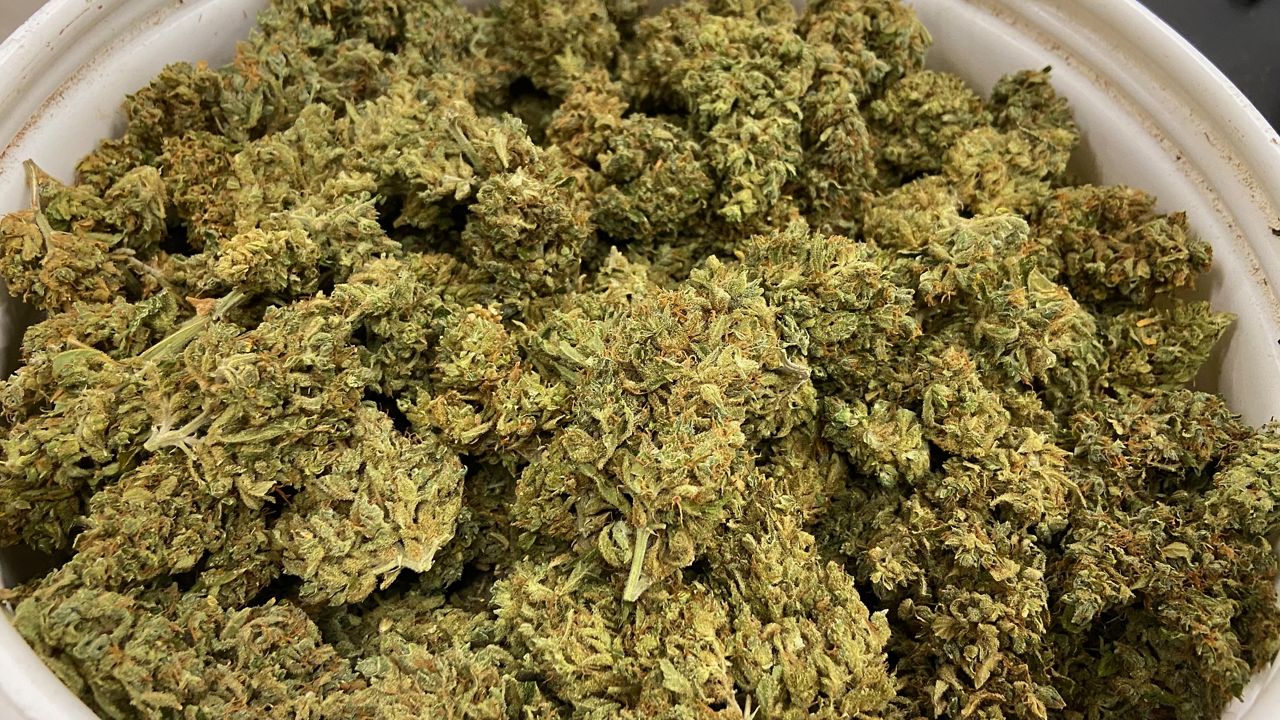 Hemp from Buffalo Skull Ranch Greenhouse after it has been dried and cured. (Spectrum News 1/Erin Kelly)

« I see progress for the state of Kentucky, but I see a lost opportunity, » said Jaggers. « We’ve got the facility to be operating in the legal cannabis industry, but our hands are tied due to current regulations, so we’re stuck with growing the O’Doul’s of cannabis, » he said, referring to nonalcoholic beer.

« You know, we grow fake weed out here, » Jaggers said with a laugh.

A bill that would allow the use of marijuana by adults and another to legalize medical marijuana did not make it out of committee during the last legislative session.

Lawmakers have said they are still working on the legislation.