Samantha Good is graduating from Vancouver Island University (VIU) with an accomplishment few anthropologists achieve in their lifetime – unearthing a two-million-year-old skull belonging to an early human ancestor.

Good, who graduates with a Bachelor of Arts, Major in Anthropology this June, discovered the fossil, one of the best-preserved Paranthropus robustus specimens known to science, while she was attending the Drimolen Field School of Palaeoanthropology and Geoarchaeology in 2018. The excavation site was at the Drimolen Palaeocave System within the Cradle of Humankind, located northwest of Johannesburg, South Africa. 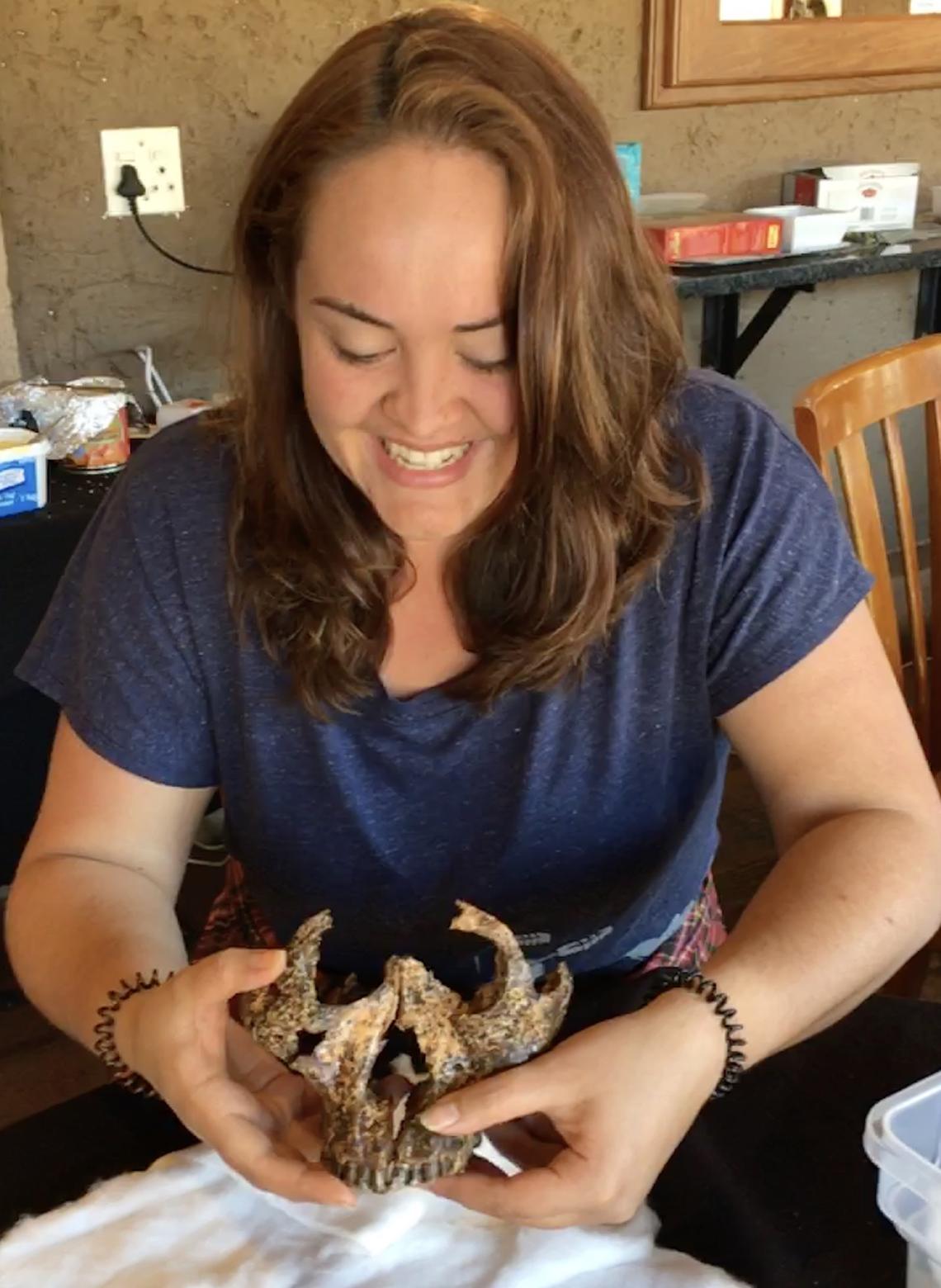 “It was all chance,” says Good. “ My designated square was in an elevated alcove behind a wall of breccia, a type of conglomerate rock known for being fossil bearing. I was excavating at the exact right time because as the breccia decalcifies, the fossils become surrounded by loose sediment rather than encased in rock.”

To get to her excavation section, nicknamed The Fridge because it was so cold due to the shade, Good had to crawl up a rock face. She spent several days without discovering a single fossil and field school organizers offered to move her because the site appeared sterile, but Good loved the solitude and wanted to continue working it.

Then all of a sudden Good saw a canine. She knew the canine belonged to a primate, but didn’t know if it was a hominin, a group consisting of modern humans.

“Then there were two molars that were clearly attached to a maxilla [the bone that forms the upper jaw] and I knew this was something really special. I called someone over and my suspicions were confirmed,” says Good. “It’s really hard not to sound like a cliché when talking about finding it – touching a piece of humanity’s collective history. It’s like what you think, but no one tells you that it is also terrifying and there’s an adrenaline rush.”

The skull was fragile and in danger of falling apart so to remove it from the ground they had to use paraloid, an adhesive agent that dries clear and is often used in archaeological reconstruction. After it was glued together the field school team brought it back to camp and PhD student Jesse Martin, who specializes in cranial morphology and reconstruction and was also taking part in the field school, painstakingly removed the remaining sediment and put it together. 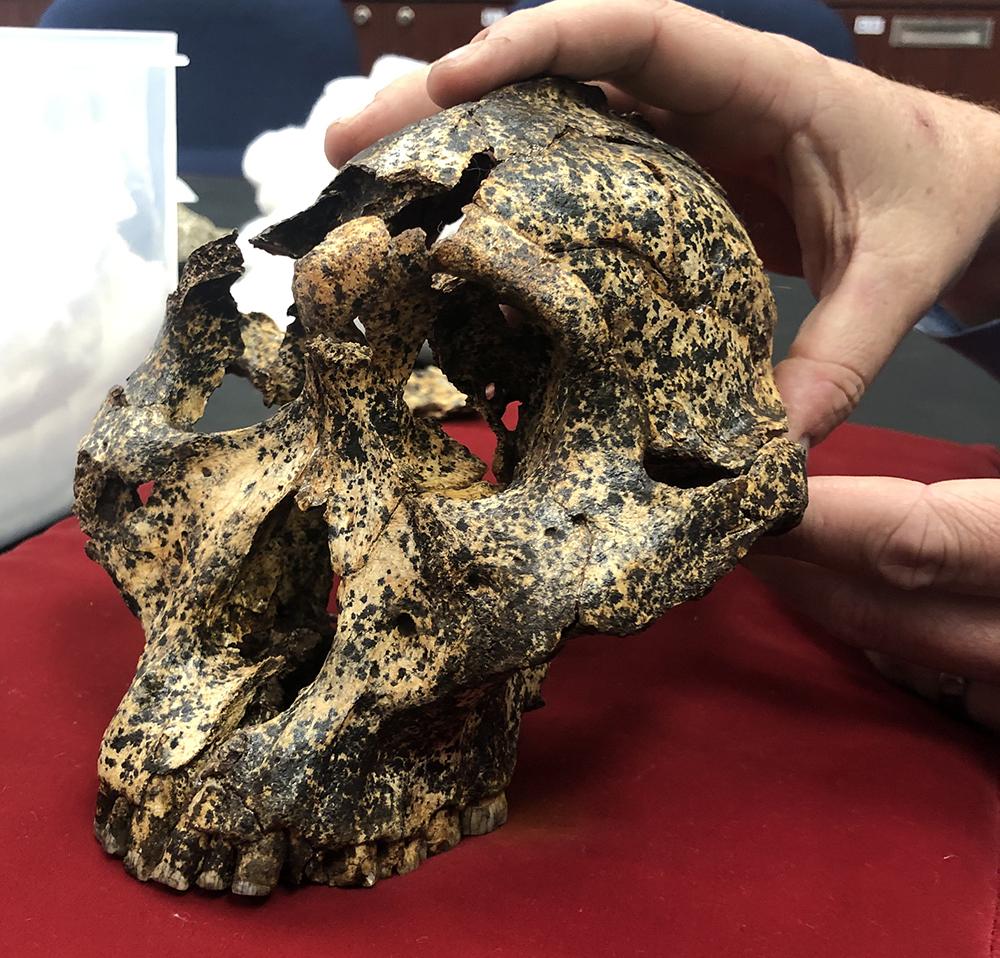 “I was allowed to stay at camp for a couple of days after the excavation and help him with that, which is the greatest anatomy lesson you’ll ever get,” says Good.

Good was asked if she wanted to name the skull, categorized as DNH 155, after anyone. Since she found it on Father’s Day she dedicated the skull to her father, Ian. She was included in most of the process of excavating and assembling the skull, which Good says is a rare opportunity for an undergraduate student.

Good says one interesting fact about the skull was that the nasolacrimal ducts, also known as tear ducts, of the skull were preserved, which is rare.

“It implies that Paranthropus robustus could cry, which is incredibly cool and humanizing,” says Good.

In addition to finding the fossil, Good was a contributing author on a research paper published last November in Nature Portfolio called Drimolen cranium DNH 155 documents microevloution in an early hominin species.Good is currently evaluating her options and is planning to pursue a master’s degree in the future.

Join Good and more than 2,500 other VIU graduates celebrating their achievements during the virtual Graduation Celebration on June 24.