US Customs intercepts trove of artifacts, including a skull and chopping tools dating back to 10th century Aztec era, shipped from Mexico to a South Carolina home

By Shannon Thaler For Dailymail.Com

Thirteen ancient artifacts being shipped from Mexico to a home in South Carolina were intercepted by Customs officers in Louisville, Kentucky.

The trove included 10th-century items, which an expert in the ancient Americas determined were from the Post-Classical and Aztec eras dating back to 1100-1532AD.

There was a skull sculpture and 12 chipping tools – called adzes – which are similar to an axe and were first used during the Stone Age to smooth and carve wood. 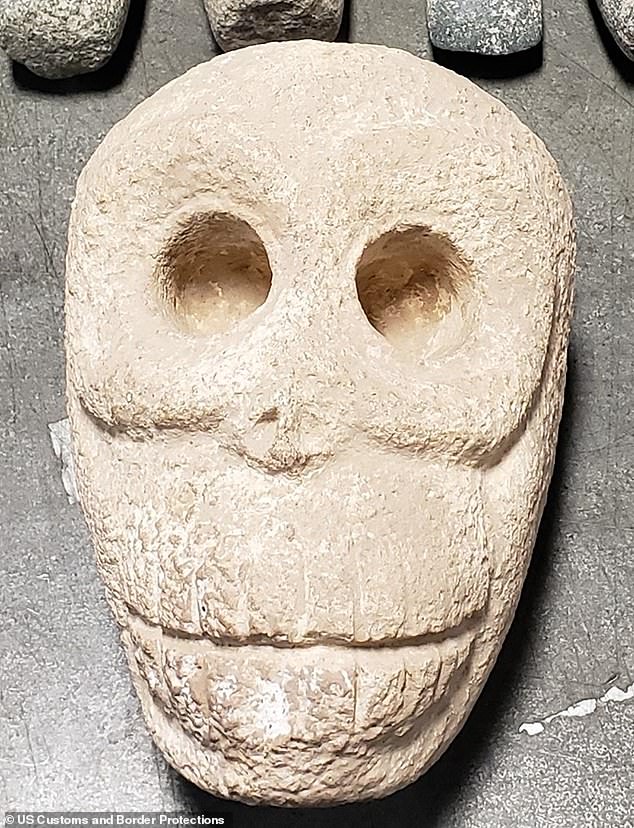 US Customs and Border Protection (CBP) officers in Louisville, Kentucky, intercepted a shipment of 13 ancient artifacts being shipped from Mexico to a home in South Carolina. There was one skull carving, which was believed to be 1,000 years old from the Aztec era

The skull is believed to be 1,000 years old from the Aztec era. Not much else is known about the other items.

The package was on its way to a home in Sumter, South Carolina, to be sold but it was seized at UPS Worldport on July 24 for an undisclosed reason.

‘I’m extremely proud that our officers were able to stop priceless artifacts from being lost forever,’ LaFonda Sutton-Burke, US Customs and Border Protection’s (CBP) field operations director in its Chicago office, said in a statement.

‘Customs and Border Protection will continue to use our border authority to identify and rescue precious antiquities being smuggled by those who profit on the theft of historical and cultural property and return them to their rightful owners.’

It is unclear if these were stolen. 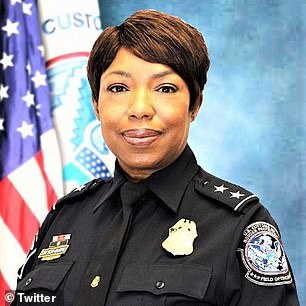 LaFonda Sutton-Burke, director of the field operations in the Chicago office said: ‘I’m extremely proud that our officers were able to stop priceless artifacts from being lost forever’

Most countries have laws that protect cultural property, such as artifacts. The agency said importers must have permits and receipts when bringing such items into the US.

The Department of Homeland Security enforces cultural property import restrictions set in agreements between the US and 20 countries.

The agreement between the US and Mexico is detailed in the Convention of Cultural Property Implementation Act (CPIA).

The US law has two provisions: First to prohibit the import of cultural property into the US that’s been stolen and second to impose import restrictions on designated cultural artifacts from the requesting country through bilateral agreements.

The US and Mexico do not currently have a bilateral agreement under the CPIA so Homeland Security refers to a 1970 treaty they said is ‘somewhat vague’.

Under the 1970 treaty an official request must be made by the country seeking return or recovery of stolen artifacts.

The agency said it has seized cultural property 21 times since the start of the 2020 fiscal year. The items are valued at more than $18 million.