There once lived a ‘Dragon Man’: Human skull found in China forces scientists to re-think evolution


Weeks after the discovery of a unique group of extinct humans from the Israeli site of Nesher Ramla, another discovery in China is reshaping the story of human evolution. The 140,000-year-old fossilised skull excavated from northeastern China belongs to a previously unknown human species — Homo Longi.

Dubbed as « Dragon Man » by Chinese researchers, the discovery has opened a new branch in the human family tree as researchers believe the newly found fossil is closely related to modern humans than Neanderthals. « The completely preserved fossil skull discovered in the Harbin area provides critical evidence for understanding the evolution of humans and the origin of our species, » researchers said.

The research published in three different papers in the journal The Innovation, states that it has recently become clear that several human lineages coexisted with Homo Sapiens during the Middle and Late Pleistocene period. The researchers said that the fossilised skull is one of the most well-preserved human fossils and advances the understanding of previous such finds from the region.

Also Read: Misidentified as the smallest dinosaur, fossils from Myanmar is of mysterious Naga lizards

WHAT IS DRAGON MAN FOSSIL?

The skull, which is 23 cm long and more than 15 cm wide, is larger than a modern human skull with enough room for a human brain. It consists of thick eye sockets, brow ridge, and researchers believe it belongs to a man who was about 50 years old. The specimen belongs to a well-built man who could withstand brutal cold winters in the region. The man appears to have had low cheekbones and his mouth was broad, the lower jaw is missing. 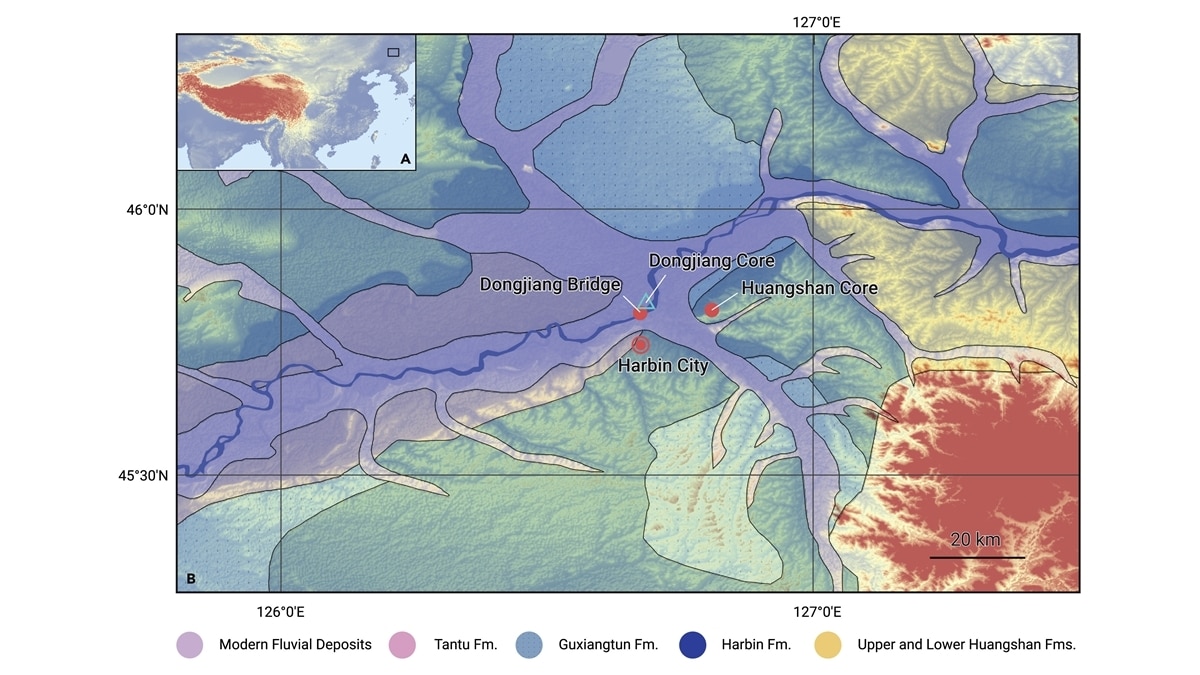 The proposed location of the Harbin fossil cranium. (Photo: The Innovation)

« While it shows typical archaic human features, the Harbin cranium presents a mosaic combination of primitive and derived characters setting itself apart from all the other previously named Homo species, » AFP quoted, Ji Qiang, a professor at Hebei GEO University who led the research as saying.

Researchers believe that the Dragon Man likely lived in a forested floodplain area and in a bid to establish the position of the newly found specimen in the human tree, they entered it into the database along with fossils of 95 other skulls. They found that it formed a new branch closer to modern humans than Neanderthals. 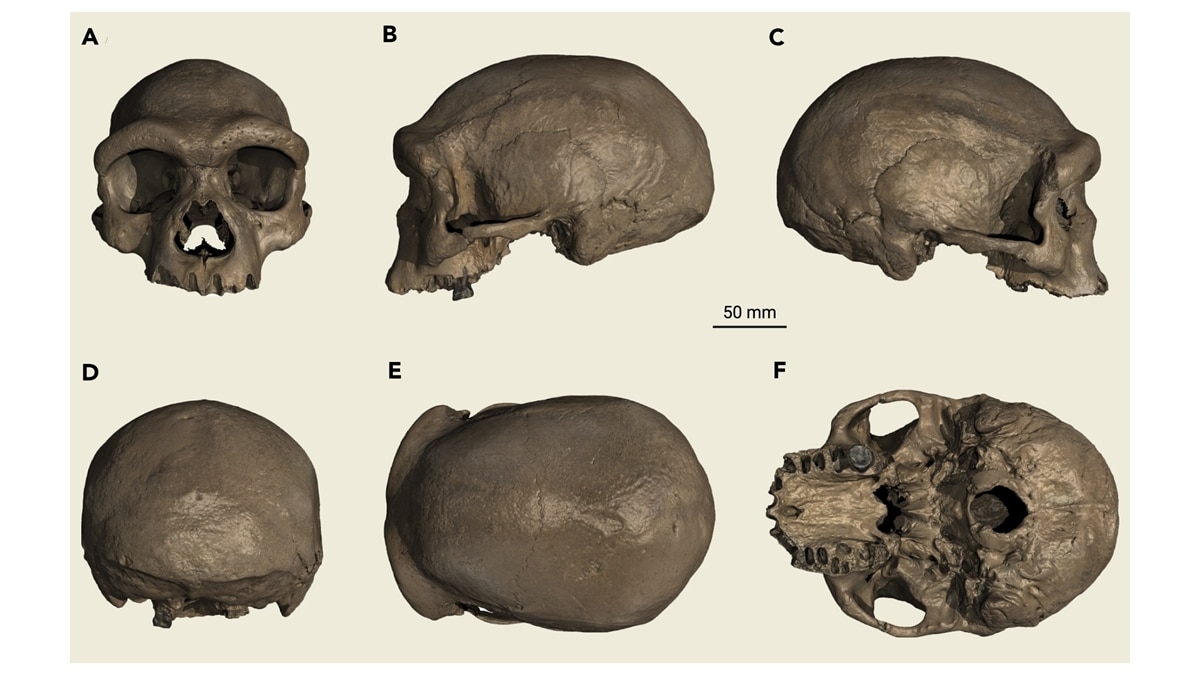 The recovered fossil from Harbin area. (Photo: The Innovation)

HOW DID THEY FIND DRAGON MAN?

The skull was first found by labourers while building a bridge over the Songhua River in Harbin as late as 1933. Back at the time, the region was governed by Japan and in a bid to safeguard it from falling into Japanese hands, the Chinese labourers wrapped it and hid it in a well, where it remained for over 90 years. The skull was found only after one of the labourers told the story to his grandson in 2018. Once found by the family, the fossil was donated to the Geoscience Museum of Hebei GEO University.

The team of researchers then conducted a geochemical analysis of the skull and dated it to at least 146,000 years old. The researchers maintained that because of a long, difficult, and confusing history since the discovery, the information about the exact geographic origin of the fossil has been lost.