PASADENA, Calif., June 8, 2021 — Caltech professor Lihong Wang has demonstrated a technology capable of imaging the human brain with laser light and ultrasonic sound waves. The technology is known as PACT, for photoacoustic computerized tomography. First developed to image tissues and organs, previous iterations of PACT have been able to image the inner structures of a rat’s body, and have even been able to detect breast tumors, granting the method potential as an alternative to mammography.

Wang, in the latest work, has further improved the technology, making it precise and sensitive enough to be able to detect minute changes in the amount of blood traveling through tiny blood vessels, as well as the oxygenation level of that blood. Because blood flow increases to specific areas of the brain during cognitive tasks, a device that shows blood concentration and oxygenation changes can help researchers and medical professionals monitor brain activity. This is known as functional imaging.

“In breast imaging, you just want to see blood vessels because they can reveal the presence of a tumor,” Wang said. “But the functional change in imaged brain activity is only a few percent of change in baseline signal. That’s more than an order of magnitude harder to measure.” 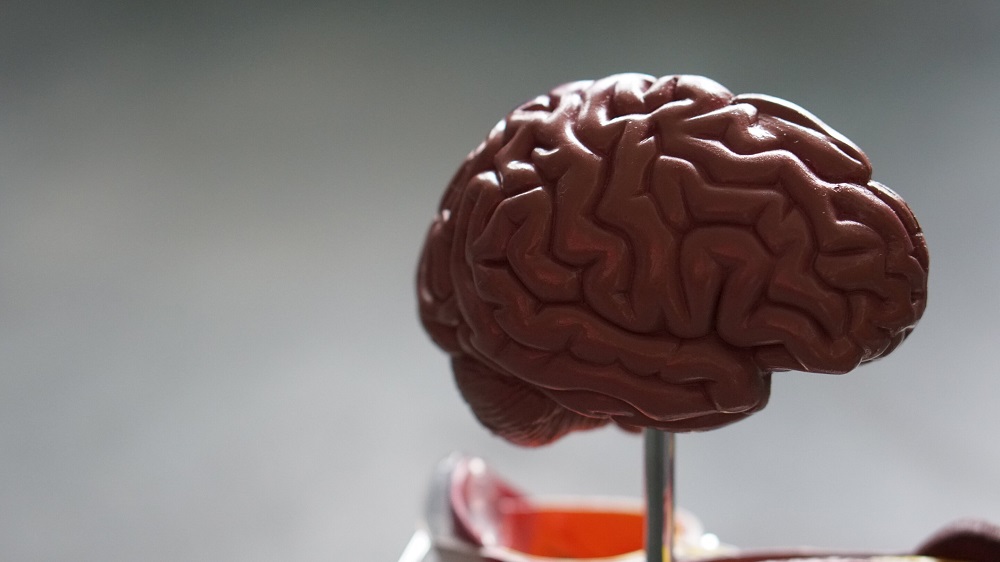 PACT technology developed and refined by Lihong Wang of Caltech is able to image the brain with laser light. Courtesy of Unsplash/CC0 Public Domain.

Previously, this technology was used only with functional magnetic resonance imaging (fMRI) machines, which use radio waves and magnetic fields that are 100,000 times stronger than Earth’s magnetic field to monitor blood oxygen levels. fMRIs are a mature technology and work well, but they possess certain disadvantages, including cost. The intense magnetic fields also require special precautions, as iron-containing objects can be pulled with exceptional force by the machine. The machines are undesirable for those with claustrophobia, too, as the patient must be placed within a narrow tube while they are being imaged.

Wang’s technology is simpler, less expensive, and considerably more compact; it works by shining a pulse of laser light into the head, and, as the light shines through the scalp and the skull, it is scattered through the brain and absorbed by oxygen-carrying hemoglobin molecules in the patient’s red blood cells. The energy that the hemoglobin molecules pick up from the light causes them to vibrate ultrasonically. Those vibrations travel back through the tissue and are picked up by an array of 1024 tiny ultrasonic sensors placed around the outside of the head. The data from those sensors are then assembled by a computer algorithm into a 3D map of blood flow and oxygenation throughout the brain.

Wang worked with neurology specialists at the University of Southern California (USC) who work with patients suffering from traumatic brain injuries to test the method in human patients. In the case of a traumatic brain injury, some patients must undergo a decompressive hemicraniectomy, a lifesaving procedure in which a large portion of the skull is removed to control pressure due to brain swelling. After recovering from an acute injury, but before skull reconstruction surgery, select patients participated in this study to test the imaging technology’s effectiveness.

“A hurdle we still need to overcome is the skull,” Wang said. “It’s an acoustic lens, but it’s a bad one, so it distorts our signal with attenuation as well. It’s like looking outside through a wavy window.” Hemicraniectomy patients, because they are temporarily missing part of their skull, can be imaged without distortion.

To image a patient with an intact skull, the research team shaves the patient’s head (a step Wang said they are trying to eliminate) so that the laser light can illuminate the scalp. The patient then lies down on a table, with their head partially resting in a bowl that contains the laser source, the ultrasonic sensors, and water. The water acts as a “mediator,” Wang said, acoustically coupling the sensors to the surface of the scalp, and allowing them to pick up signals efficiently.

In the future, the team will focus on solving the issues caused by the hair and skull; it may be possible to avoid shaving a patient’s head if optical fibers can be used to deliver the laser light pulses between hair follicles on the scalp, he said.

“We need a way to counter the distortion caused by the skull,” he said. The solution, he said, may come in the form of a data-processing algorithm capable of compensating for the distortion when assembling an image.