A skull of the largest animal to have ever lived on Earth was unveiled at MUN’s new core science building this morning.

At almost six metres long and with a tongue that would’ve weighed more than an elephant, the blue whale skull gives new meaning to the term big head.

The skull and the other 356 bones from the whale will be the much-celebrated centerpiece of the new science building. It was one of several whales that washed up near Rocky Harbour in 2014.

Two were preserved and sent on to the Royal Ontario Museum for cleaning and display, but MP Seamus O’Regan insists Newfoundland and Labrador got the best one.

The idea and today’s result was made possible through the generosity of core funding for the project from the Dobbin family, in honour of the late Eleanor (Penney) Dobbin, in partnership with the federal and provincial governments. 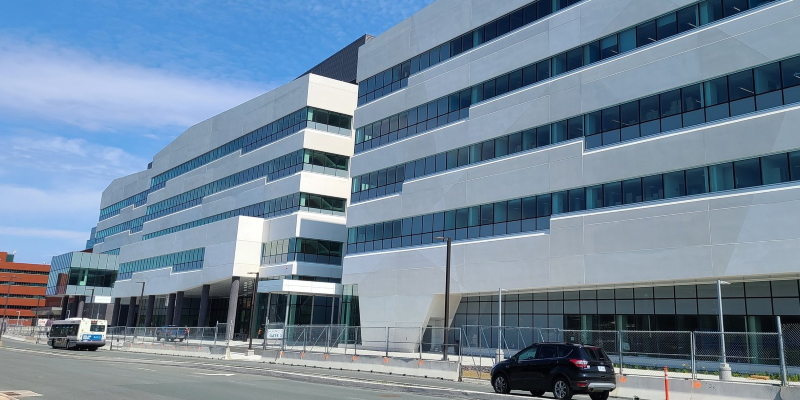 (The exterior of the new core sciences building at Memorial University.)