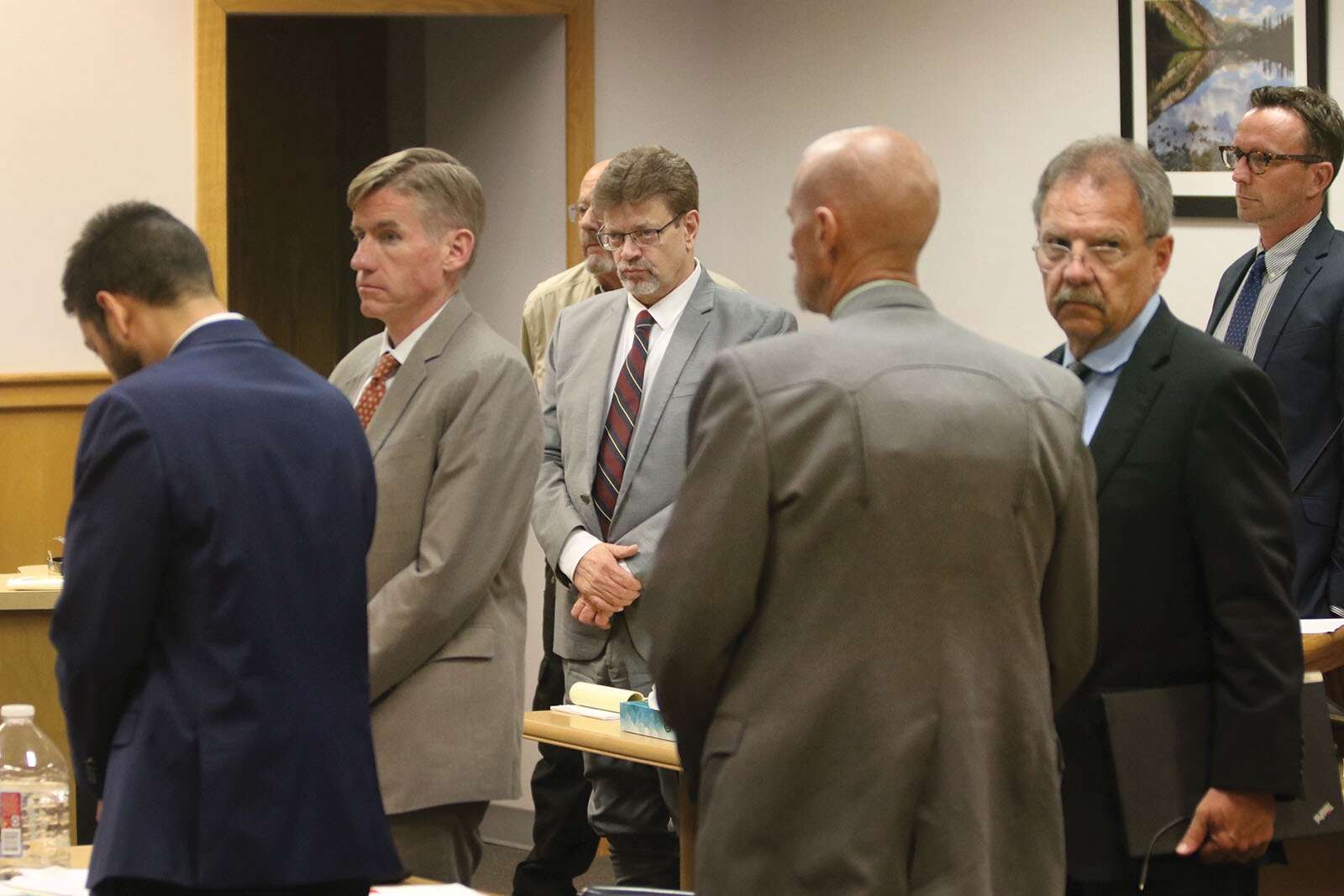 Mark Redwine, center, stands as the jury leaves the courtroom Tuesday during his trial in Durango. (Jerry McBride/Durango Herald) 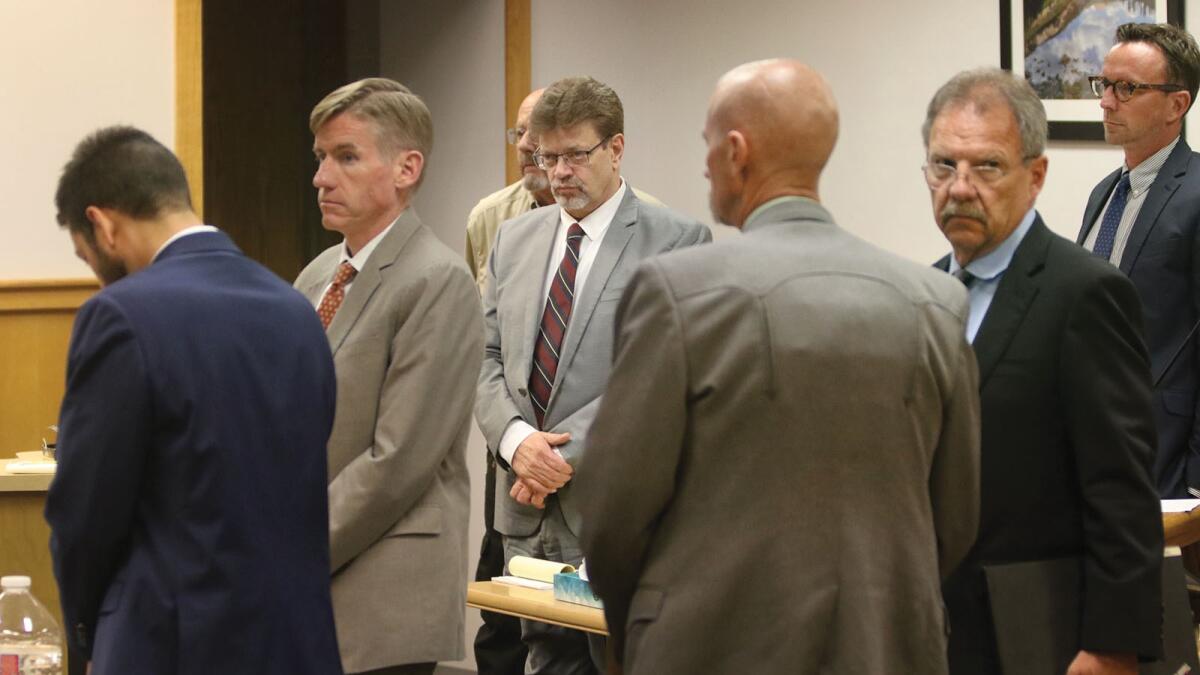 In November 2015, a married couple hiking off-trail in the wilderness area northeast of Vallecito Reservoir came across something law enforcement had been looking for for nearly three years: Dylan Redwine’s skull.

Tonya Golbricht, a supporting investigator in the death investigation involving the 13-year-old boy, testified that Daniel and Leigha Foster found the skull 5 miles from where his first remains were found in June 2013.

“She (Leigha) described that they just walked out in the field, didn’t take any particular path or trail – they were just out exploring – and came to some drainage areas,” said Golbricht with the La Plata County Sheriff’s Office. “She said that she found a skull and she picked it up and said, ‘This looks like a human skull.’”

Her husband also picked up the skull, but said he “wasn’t quite sure” it was a human skull, Golbricht said.

“They continued on their hike, but the woman felt strongly enough about it to report it,” she said. 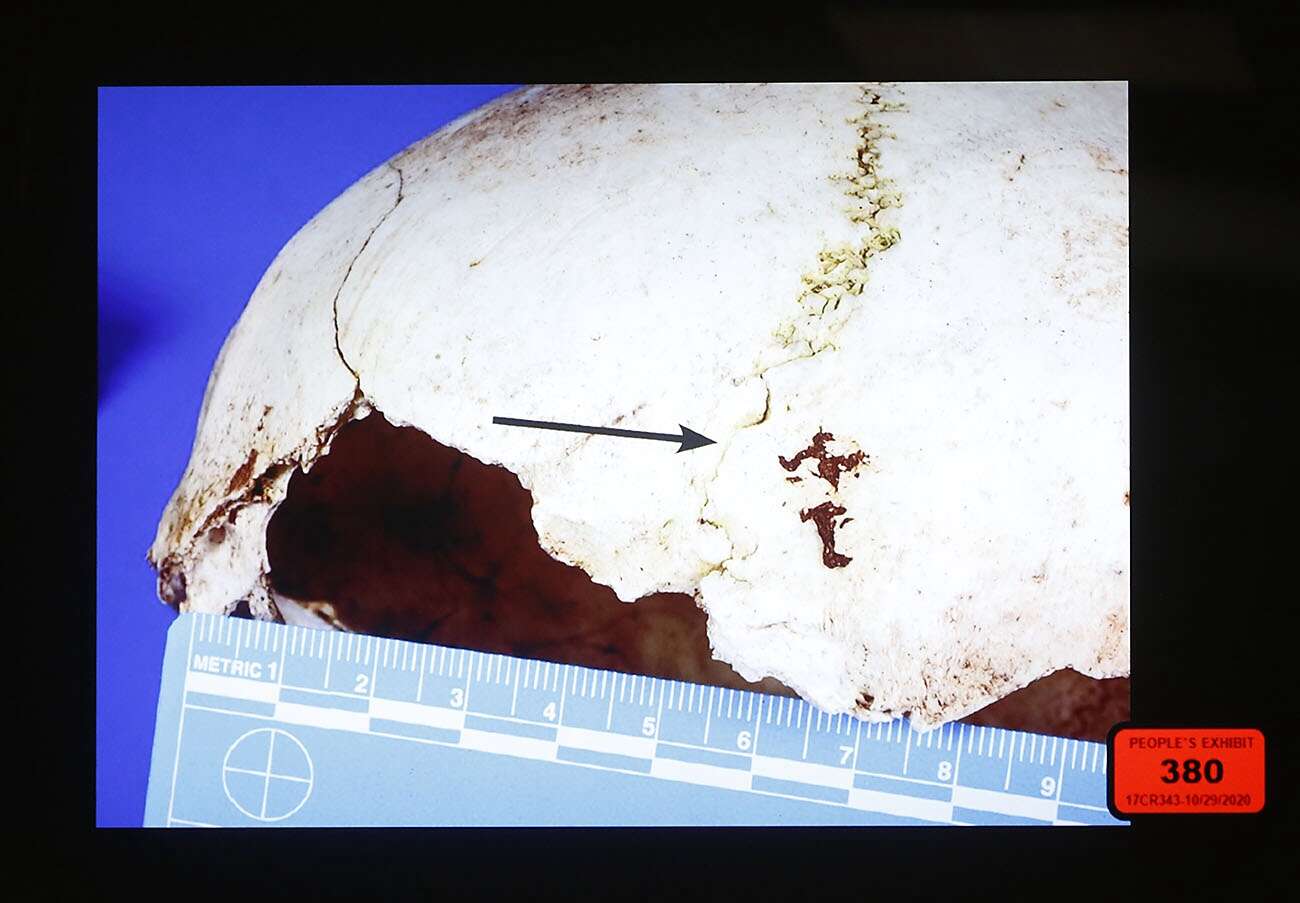 A picture of Dylan Redwine’s skull was shown to jurors June 21 in the trial for Mark Redwine, who is charged with second-degree murder and child abuse resulting in the death of his son, Dylan. (Jerry McBride/Durango Herald file) 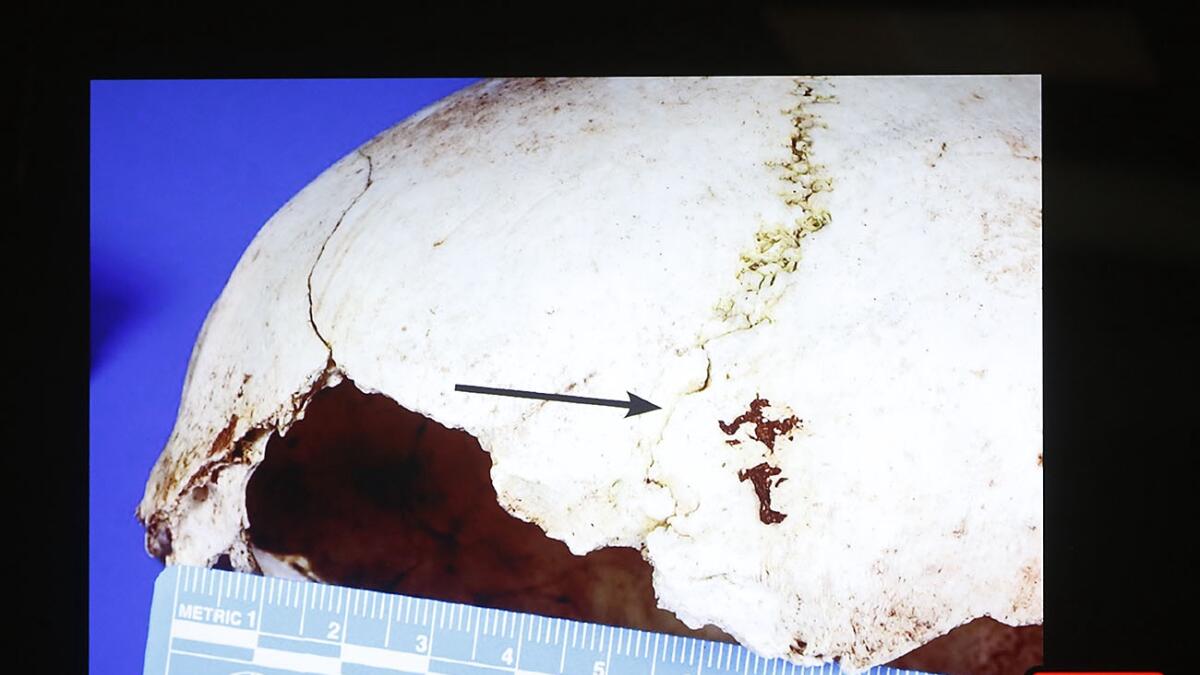 After police were called, it took two full days to find the skull with the help of the Fosters, Golbricht said. During the process, Golbricht grew frustrated, she said.

“I was starting to question whether or not she did in fact find a human skull,” she said.

Eventually, the search team found the skull after the husband tripped when crossing over a drainage stream on Nov. 3, 2015.

Golbricht quickly took the skull from Daniel and gently set it down, being mindful of the fragility of the evidence, she said. There was no forensic excavation of the area before the skull was removed because it was about to snow, she said.

The testimony came on the eighth day of the trial of Mark Redwine, who is charged with second-degree murder and child abuse resulting in the death of his son, Dylan, 13. Redwine has pleaded not guilty.

On July 16, 2014, Redwine voluntarily turned over a fishing pole that law enforcement and rescue workers had searched for since Dylan’s disappearance, Golbricht said. When Dylan went missing on Nov.19, 2012, Redwine said Dylan may have gone fishing – a frequent hobby of his.

Golbricht carried out a search warrant of Redwine’s white Dodge truck and luggage in the vehicle in March 2014 where she found Dylan’s debit card and itinerary from the trip to Vallecito.

Redwine had previously told investigators he had no items belonging to Dylan, Golbricht said.

On Aug. 14, 2013, a warrant was served at Redwine’s home where several items were seized, she said. The septic tank at the Vallecito home was searched in February 2014 where nothing of evidentiary value was found, she said.

Golbricht recalled a tip that law enforcement received in August 2016 reporting that Redwine was seen throwing away multiple items in a dumpster off County Road 223, between Elmore’s Corner and Bayfield, north of U.S. Highway 160. She went to the scene and found multiple pictures of Dylan and Elaine Hall in the trash, she testified.

Kaela Roeder is an intern for The Durango Herald and The Journal in Cortez and a 2021 graduate of American University in Washington, D.C.