You’ve never seen a bug like this before: Endangered caterpillar shocks the internet with its cartoon-like face

A bizarre caterpillar with a face resembling a cartoon-like skull has caused a stir online with many stunned to discover the unusual creature is actually real.

The extraordinary specimen spotted in Currumbin Valley on the Gold Coast, Queensland, is the larvae of one of Australia’s most threatened species – the endangered Pink Underwing Moth.

The rare caterpillar is characterised by a set of teeth-like markings set between two dark spots that resemble eyes with large pupils. 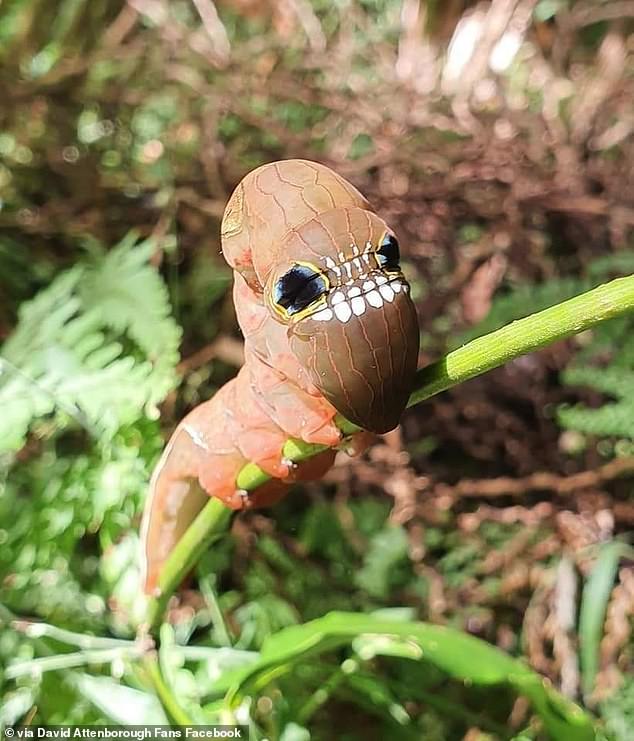 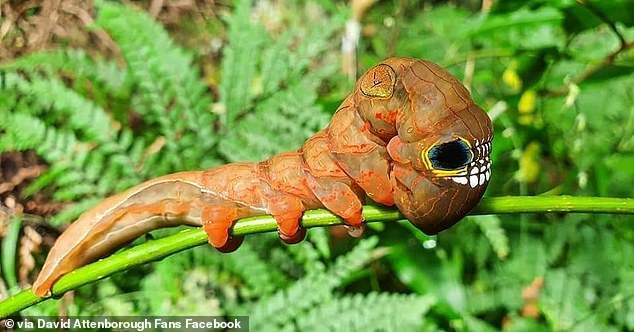 In an effort to deter predators the caterpillar will arch its 12cm long back to reveal a pair of frightening spots that resemble a sunken cartoon skull.

During their ‘startle display’ strategy the larvae will lunge at predators including birds and spiders to scare them away.

Once the caterpillar has grown into a moth it resembles dead brown eucalyptus leaves, with its brown forewings extending out to 6cm when at rest.

The startling images of the bizarre caterpillar posted to Outdoors Queensland has confused the internet, with many in disbelief over the insect.

‘The new face of your nightmares,’ one woman wrote on Facebook.

‘Although I think this is really cool. It looks like something you’d find in a horror show,’ another said.

Others compared the larvae to the creatures in Ridley Scott’s science fiction movie ‘Aliens vs Predator’: ‘The aliens have finally landed… is that the spawn?’. 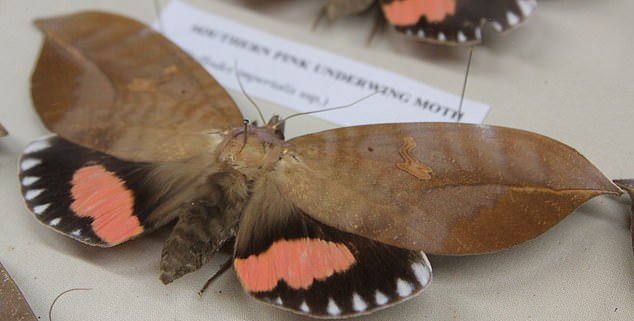 What are pink underwing moths?

The moth is named after its pink patches on its dark hindwing that also have white spots on the edges that resemble a dead leaf.

The species develops a ‘head’ when alarmed consisting of two large ‘eye’ spots and a row of white ‘teeth’ to scare off predators.

The pink underwing is found from Nambour in south-eastern Queensland to Bellingen in northern NSW.

In NSW it is known to occur in a small number of localities from the QLD border to Wardell.

They are found in subtropical rainforests below 600m elevation  in low light conditions.

– Clearing or disturbance of remnant patches of rainforest habitat for development and agriculture.

– Risk of local extinction due to restricted distribution and low numbers.

– Use of rainforest remnants by domestic stock for shelter and grazing.