9 Things We Learned About Bobby Lashley From Broken Skull Sessions


The WWE Champion, The All Mighty Bobby Lashley, is currently firing on all cylinders, but he seemingly doesn’t know any speed other than all cylinders. After over 15 years in the business, the WWE machine is also now firing at Bobby’s speed, especially with his brilliant mouthpiece, MVP. Lashley is a big, nasty heel who is believable, and that has been built up as unstoppable monster.

Now that all of his hard work is paying off, The All Mighty WWE Champion was interviewed by Stone Cold Steve Austin on The Broken Skull sessions to chat about his life and career.

Despite his father being an army man, Lashley didn’t want to follow in his father’s footsteps. While working as a sports coordinator, his former coach called him and invited him to wrestle at Nationals, despite not having wrestled at all during his first year out of school.

The All Mighty got himself in shape quickly and headed to Vegas for the tournament. With next to no training for the competition, Lashley still came away with a few victories and only lost by two points to the guy who would eventually win. His coach wanted him to keep wrestling. Lashley’s concern as a young man was that it’s a full time job to dedicate yourself and there’s no money in it. The Army coach called him as well and convinced him to head through and pass basic training and then wrestle for the Army.

While going to the bank in 2003, the WWE Champion was caught in the bank when a robbery broke out. A bullet barely grazed him, thankfully. The entire time, Lashley just kept thinking this isn’t how his life is supposed to win.

But when he went down, he shattered his knee… right before the World Team trials. The window had closed, unless Lashley wanted to grind for four more years.

While in high school as a fan, Lashley constantly watched Kurt Angle defeat Sylvester Terkay. As Lashley had been training for his own Olympic run, Angle had come to Colorado for a visit and brought the WWE cameras with him to film material for Confidential.

Angle noticed Lashley and suggested that he come to WWE one day. Right before the robbery while he was still training, Gerald Brisco had called him and was politely turned down due his Olympic training. However, while he was rehabbing his knee, Brisco called him again. Lashley hadn’t walked for two months at this point. He rehabbed to the point where he could meet with WWE officials.

Barely on one leg, Bobby Lashley was able to gut it out through training by day. By night, he and Dolph Ziggler were becoming friends. It was good enough for him to be signed and report to developmental. Stone Cold gently ribbed him for the Blaster Lashley character that was given to him by OVW honchos, Kenny Bolland and Jim Cornette.

Lashley decided he was going to train for OVW like it was his Olympics, because it was in a way. He eventually debuted on the main roster by coming to SmackDown. Lashley, a naturally shy person was nervous about his debut. Paul Heyman was able to calm him down with a few choice words: “Take your job seriously, but don’t take yourself seriously. Just go out there and have fun.”

5 December To Dismember And The Battle Of The Billionaires

During his first year on the main roster, Lashley got to work and learn from the likes of Fit Finlay, William Regal, Booker T, and JBL. The All Mighty spoke especially high of Finlay and his ability to work. Lashley got an opportunity to go to ECW and be a part of the now infamous December To Dismember PPV. Lashley admits that he didn’t pay attention to dirt sheets so he didn’t realize until years later how Punk was scheduled to win but it was changed to The All Mighty becoming ECW champion.

Related: Every Match From WrestleMania 23, Ranked From Worst To Best

While plenty of people didn’t like the debacle, they at least liked Lashley as the champion. Lashley was a kid in a candy store when he got the opportunity to work his friend Umaga at WrestleMania 23. Coming out of the show, Lashley was involved in a feud with Vince McMahon.

4 The End And The Beginning

After working a great match with John Cena at the 2007 Great American Bash, Lashley suffered a shoulder injury. He chose to come off the road and rehab it. It was the last time Lashley was seen in WWE for a decade. He decided to work independents and learn that side of the business before signing with TNA and getting into MMA.

Eventually, he was offered a contract with Strikeforce and later Bellator in between and during his TNA runs. Lashley was able to fall in love with boxing as it was added to his MMA arsenal. Trained by Josh Barnett, Lashley amassed an amazing 17-2 record. After losing a fight to Chad Griggs thanks to a bout of Mono and a doctor stoppage, feeling a little disillusioned, Lashley opted to leave the sport.

When Lashley returned to TNA, the reaction he got from the crowd was enough for the company to get into the Lashley business. He was put into a stable with MVP and Kenny Kenny King. But when MVP went down with an injury, Lashley was given the title and the opportunity to have big matches with the likes of Kurt Angle and Bobby Roode. But he always wanted to return to WWE.

When the mass exodus of TNA talents was happening, Lashley took the opportunity as one of the highest paid guys to ask TNA for the ability to negotiate with WWE, which would free up some funds. He was able to return to WWE the day after WrestleMania 34.

2 The Dawn Of The All Mighty

After a few less than interesting storylines, Lashley was able to convince Vince that being a heel was the right way to go. Now that he’s the veteran, he wants to help bring people up and make credible opponents. After having a talk with MVP, the pair wanted to bring back the era of toughness they came up with and The Hurt Business was born.

All of the hard work paid off and Bobby Lashley was able to persevere through terrible wedding angles and finally become the WWE Champion. Lashley said it felt amazing and he didn’t sleep for a few days.

Lashley had the tremendous honor of heading out to WrestleMania 37 as the defending WWE champion in front of the first live crowd since the pandemic started. Lashley feels like he’s the perfect choice for being the champion right now because there’s a lot of young talent that the WWE brass are trying to figure out, making him the measuring stick. For the future, Lashley, like so many before him, wants to continue cementing his legacy and finding new challengers and legends to work with in order to do just that.

Next: Vince McMahon Never Understood CM Punk, And That Will Now Haunt Him 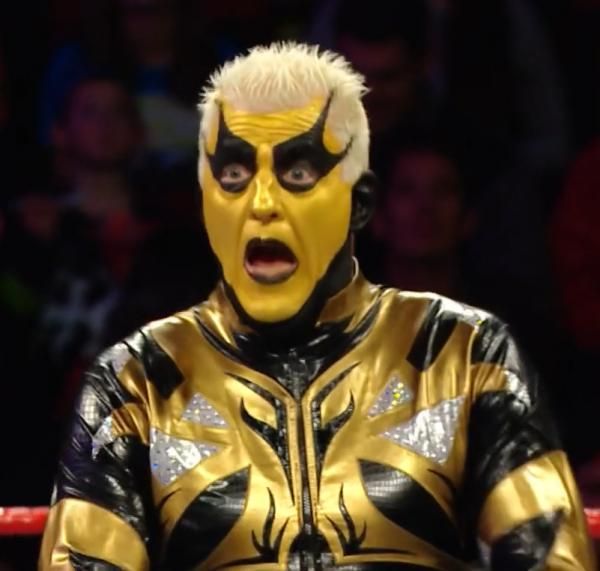