5 Fortnite skins that were promptly banned in China


Fortnite has released a wide range of skins since its release in 2017. From Agent Peely to Rick and Morty, Epic Games has designed skins that are beyond the playerbase’s expectations and imagination.

However, Fortnite players in China haven’t witnessed some amazing skins that players in other parts of the world love. This is due to the country’s laws that have banned skulls from schools.

Apparently, skulls are considered offensive to children in China. As a result, Epic Games is required to tweak Fortnite skins that contain skulls in any form or shape.

Skull Trooper and Skull Ranger are easily two of the most popular skins in Fortnite’s history. Players in China, however, haven’t even seen the design, because it is literally a skeleton.

Naturally, it was impossible that a skin based on skulls and bones would have been permitted in China.

The Oro skin in Fortnite owes its popularity to its bright gold structure and its association with Midas in the storyline.

Oro is a skeleton-based skin, and has been banned for players in China. The recently released female version, Orelia, also suffered a similar fate.

Even though Mystique’s Skull wasn’t banned in China, it was altered in an unimaginable way.

To release Mystique and her skull back-bling in China, Epic Games turned it into a plain golden sphere. Here’s how the Chinese variant of the back-bling looks:

Agent Peely is arguably the most loved Fortnite character alongside Agent Jonesy. While the original Agent Peely skin is available in China, players cannot get their hands on its Bone version, which was released during Halloween.

As the name suggests, Peely Bone is a skin that showcases Peely’s skeleton as a spooky Halloween avatar.

While many would argue that Eternal Voyager is one of the coolest Fortnite skins ever, players in China have only seen an entirely different version of it.

To release the skin in China, Epic Games had to design an Eternal Voyager outfit with a special mask. Surprisingly, the Chinese version turned out to be really good, and players from other regions now want it as well. 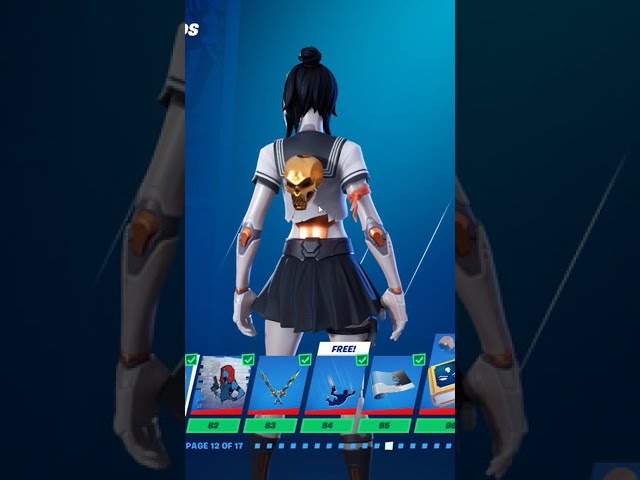 Despite the restrictions, Fortnite is a massively popular game in China. The country even has a dedicated competitive scene that constitutes a plethora of pro players.